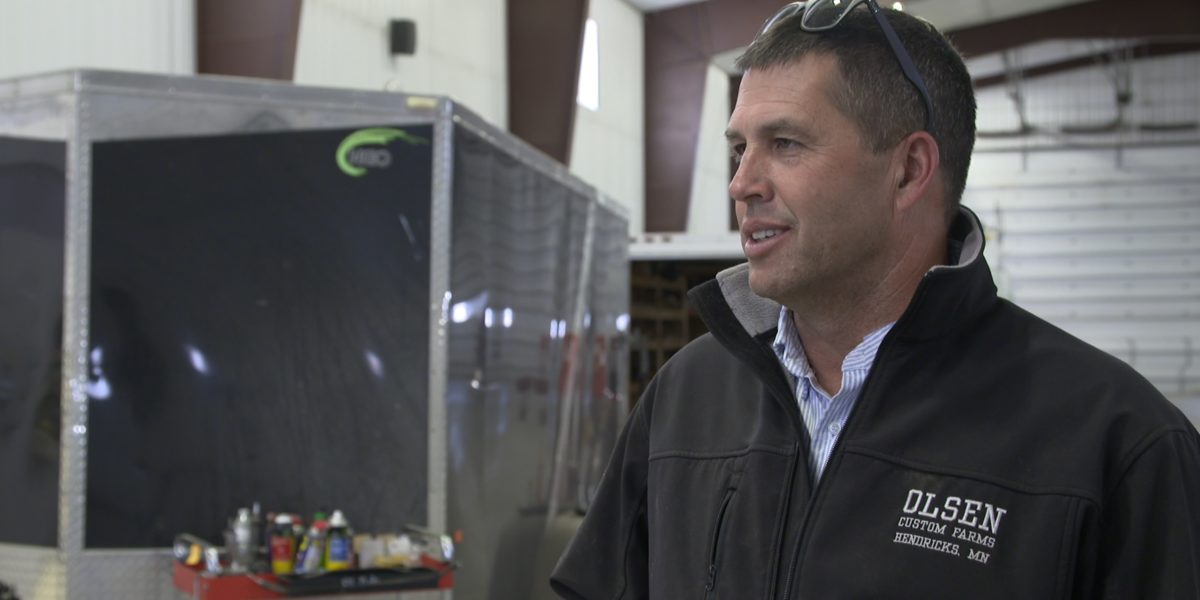 In December of 1990, but the candle was lit in 1987. One year after graduating from high school, Chad began milking 16 cows in Mom and Dad’s barn. Chad is an aggressive entrepreneur. To this day he believes in working hard and playing hard. Investing in these 16 cows led to a herd of 48 by 1990. Needing a larger dairy facility, Chad remodeled a barn in the fall of 1990 located on the farm site that he had purchased. Before the barn got dirty, he hosted a barn dance for friends and those who helped remodel the barn.

On the early morning of December 19, 1990, I received a phone call saying that I needed to get home (I was attending Augustana College in Sioux Falls, South Dakota at the time.) As I got closer to town, I could see the smoke flying high. Chad’s barn, his cattle with their calves, 3500 bales of hay and all the other contents of the barn were being destroyed. I saw tears in my dad’s and brothers’ eyes that I will never forget. After all was said and done, Chad lost over $100,000. That’s a lot of money to a 22 year old guy.

Chad worked hard to get out of the hole and he did it the old fashioned way. He worked part time driving truck and working for other farmers. He shortly began farming 160 acres and then he rented another 2000 acres in the spring of 1992. He farmed this land for two years. Both years the crops froze and he had nothing to harvest. Time to give up? Not just yet.

In the fall of 1993, Chad started custom combining around home to try to make ends meet. Over the next ten plus years, he has built his fleet up to 21 combines, 13 semis, 2 tandems, 4 service trucks and 4 grain carts.

Returning home from a trip out to Wyoming in September of 2004 to visit my family and I, Chad and Pam had only been home minutes when an explosion sent his crew scattering. Something had happened in the shop and the fire was blazing and destroying his shop and office. More devastating, two members of his crew were badly burned and had to be flown to Sioux Falls to the burn unit. Both of the guys recovered extremely well! One, Mark, came back this year to work on the harvest run again and the second one, Barry, flew over to the United States to visit Chad and his family for a week or so. He looks great and everyone was very excited to see him!

During 2004, Chad realized that with all he had going on, spending time in the office preparing accurate financial statements was not fitting in. He hired a bookkeeper who was organizing Chad’s finances very well and shortly after the shop fire, his bookkeeper was called into active duty and had to go oversees. Ugh!

But, Chad kept pushing through and here we are in 2006 continuing to move forward. Or maybe I should say, continuing to “go ahead.” Here’s what I mean.

After seven hours of sleep in a nice warm bed, I help get the kids ready for school, say goodbye to my wife, then I actually get to take my kids to school, grab a little breakfast and then head to the office located on Chad’s farm. It usually 8:15 before I get here and my business morning starts with a, “Good morning, Amanda.” (Amanda is Chad’s bookkeeper/secretary/truck dispatcher/parts runner/human resources/payroll clerk/counselor etc.) “Has Chad been in?”, I ask. “Nope, haven’t seen him” she will reply. So then I will contact him on the radio with a, “Chad, you got a copy?” After a few seconds delay the response comes back. “Go ahead.”

That’s one of Chad’s simple mottos. Go ahead. Learn from past experiences but go ahead.

I sometimes feel guilty getting to have the normal family morning and evenings. Chad, as any hardworking farmer, maybe took a nap for a couple hours that particular night and missed last night’s evening meal, didn’t have time for breakfast and went back out to the field at 4:00 a.m. He hires help so why not just have them work the late nights? Well they do, too, but this boss works harder than anyone.

Chad entered farming simply because he liked running the equipment. His goal was to be able to farm 5000 acres. One of his main goals now is to ensure fairness to his crew. If his crew is on board with Chad and giving 100% to him, then his ultimate goal of running efficiently and profitable will be achieved.